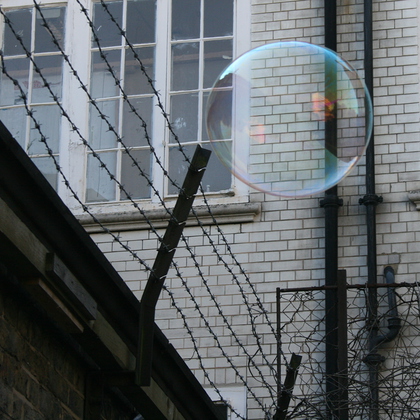 Assessing the transformation of global finance is a challenging and necessary undertaking. Although the current financial crisis has its roots in the Northern core of the world economy, it has a powerful impact on the global South. Going well beyond the financial crisis, the contributions to this journal investigate the deeper structural long-term transformations of global finance and global financial governance. In particular, they analyse to what extent the so-called Dollar Wall Street Regime (DWSR), which is the neoliberal successor of the Bretton Woods Order, is going to be transformed or not. In the past, the DWSR considerably limited the possibilities for inclusive development strategies and led to crisisprone development in the periphery. A very important point is, therefore, whether the current crisis is likely to bring the final blow to the neoliberal global financial structures order or whether it may even re-enforce them, at least temporarily.

Assessing the Transformation of Global Finance

The paper provides a framework for the assessment of the transformation of global finance that goes well beyond the discussion of the current financial crisis, as it discusses the latter against the background of the structural changes in the existing global monetary regime. The main question is whether the Dollar Wall Street Regime (DWSR), having emerged as the successor of the Bretton Woods order in the end of the 1970s, is undergoing a substantial transformation or not. ?is is important insofar as the DWSR has had severe consequences for the formation of independent development strategies in the global periphery. The paper concludes that the development of the current system is still ambiguous. Although important long-term changes slowly undermine the stability of the DWSR it remains to be seen whether the current financial crisis will speed up this process or if it even reverses it temporarily.

Causing the credit crunch: the rise and consequences of the New Wall Street System

This article approaches an understanding of the current credit crunchby exploring the structural transformation of Wall Street since the mid 1980s to show that the resulting financial structures and financial agents have been the driving force behind the current credit crunch. After sketching the main elements of this New Wall Street financial system to show how the crisis took such spectacular forms, the article probes deeper into the socio-economic and socio-political characteristics of American capitalism as it has evolved since the 1970s to gain a better understanding of the deeper roots of the current crisis. It concludes by showing possible implications of the crisis for the financial system as well as structural trends in long-term credit-debt relations in the world economy.

The current crisis: a critical perspective

In this article the authors stress the general centrality of the state for the functioning of the financial sector. This centrality is essential in times of crisis as well as in normal times, but it becomes more visible in the moment of a crisis. Building on this premise the authors analyse under which conditions and in which form the current crisis can be overcome. They come to the conclusion that the crisis although severe does not necessarily mean the end of neoliberalism and even less so the end of US hegemony. However, against the background of the current crisis-prone development there is the possibility that social inconsistencies could come to a head. This could be the basis of policies which might entail a radical transformation of the financial sector as well as the beginning of structural economic changes.

Global finance after the credit crisis

Although the author regards the current financial crisis as a crisis of finance itself, he sees neither financial globalisation nor the increasing importance of financial markets as being interrupted by the crisis. Instead, the direction of changes to the financial system is determined by new possibilities in the political spectrum due to the recent setback for the neoliberal project. Regarding future developments, he distinguishes two possible but contradictory scenarios. Firstly, because of falling interest rates and profits, the crisis could lead to a period of cheap money. In this case the power structures would change in favor of the working class, which could among other things be evidenced in a higher relative wage share. Secondly, the rescue of the financial sector via public money could lead to radical reforms in the financial sector. This could go hand in hand with a substantial realignment of the social and economic objectives of the financial system.

The article has two interlocking goals: (1) to assess the past 10 years of neoliberal-led forms of financial globalization, and (2) to provide a contextualization of the 1999 global credit crisis. Both objectives are discussed against the backdrop of the reforms implemented at the end of the Asian Crisis in 1999, that is, the so-called New International Financial Architecture (NIFA). I argue that the NIFA, which rested on the basic assumption of free capital mobility and low levels of state regulation, did not deliver on its promises that prudent (market-based) policies would lead to prosperity, growth and stability. To the contrary, the post-NIFA world has been marked by increasing levels of economic insecurity.

EU-Brazil transformismo in the reconfiguration of the global financial order

The dollar as the international currency par excellence and Wall Street as the main financial centre of the neoliberal system have been the two pillars of US hegemony in the last decades in what is known as the Dollar Wall Street Regime (DWSR). However, the current financial crisis has put this hegemonic set-up in jeopardy. Drawing on primary research in Brazil (a key BRIC country), I argue that the financial elites of the emerging markets consider US hegemony to be in decline and see the EU in many ways as an important partner in the creation of a multi-polar financial system. In this sense, the BRIC elites have much in common with the European elites and hence together they have the potential to create a counter-hegemonic bloc opposed to the DWSR.