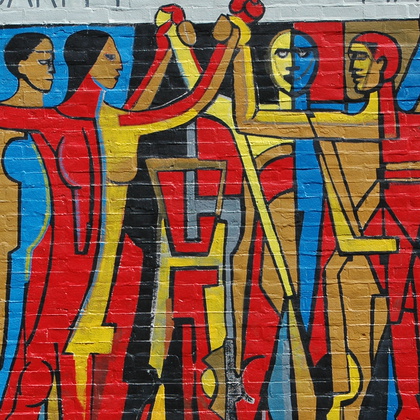 Solidarity Economics wants to offer alternatives to a capitalism governed by financial markets by building economic activity upon new values and concepts. However, the construction of an alternative economy often fails in its attempt to disable capitalist logics of markets. The question of which elements of state and market are necessary to facilitate the social transformation that goes along with a Solidarity Economy is therefore crucial.

The continuing debate about Solidarity Economics discusses initiatives, in the most diverse social spheres, which want to offer alternatives to a capitalism governed by the financial markets. Self-management, alternative forms of exchange and barter, as well as various social experiments, are e?ements of an economy, which shall be built upon new values and concepts. The focus on the supply side criticizes the 'original accumulation', as described by Marx, and aims at facilitating a democratic and egalitarian form of production. Many examples in southern countries as well as in Europe show that it is possible to realize alternative forms of production and economy on different scales. The only remaining question is whether they represent a mere reaction to precarious living and working conditions motivated by self-help, or if it is possible to identify an emancipatory project of social change behind it.

Self-management and Solidarity Economy: the challenges for worker-recovered companies in Brazil

This article focuses on the experiences of worker-recovered enterprises in Brazil that became self-managed organizations. By tracing their origins, characteristics and relations to the widest field of Solidarity Economy, we discuss some of their present challenges, including their relationship with the State, the trade unions and others. We start by outlining the major discussions about adequate terminology, which at the same time provides the first insights into the social and economic structure of the sector. In the following parts we briefly portray the history of worker-recovered enterprises in Brazil, followed by some exemplary enterprises, which were successfully taken over by their workers, and leading to the institutional surroundings of the Brazilian Solidarity Economy sector. The article then goes into more detail and will try to systematize the different kinds of enterprises active in the sector, finishing with a discussion of the most important current challenges and perspectives of worker-recovered enterprises.

The concept of political embeddedness offers a way to analyze the processes of the institutionalization of organizations according to a twofold movement: on the one hand, how did they participate in the development of public policiesan, on the other hand, to what extent do such policies influence the publicly recognized organizations? In the field of social enterprises actively involved in the integration of disadvantaged people into the labour market, this movement is quite clear. In Belgium, and in the European countries in general, these enterprises have contributed to the development of active labour market policies, constituting today an implementation tool of such policies. The article aims to examine in what ways this institutionalization affects the objectives, the governance structures and the resources of such enterprises.